Being something of a planner, I’ve always loved the build up to a new year and the sense of possibility that lies ahead. So, back in 2003, when a friend of mine allowed me to be her life-coaching guinea pig, I learnt ways to hone that planning instinct. We set SMART goals together around things I wanted to do, places I wanted to go, and the way I hoped my career would develop, all based on my foundational values. I was amazed at how quickly these goals seemed to get ticked off. It felt all rather magical, until I realised the principle that by focusing my mind, I was ready to grab hold of opportunities when they arose. There was no room for second-guessing. Once something was on my goal list, unequivocal action soon followed.

Attending a yoga teacher training was one of those goals, so it seemed only right, a few years later, to offer a retreat at the Tara Rokpa Centre, which combined the life coaching elements that had helped me so much, with a weekend of yoga. 2015 will be the sixth year I have run this retreat weekend, and it has been a fascinating way to get an objective view of my own growth and changing focus. 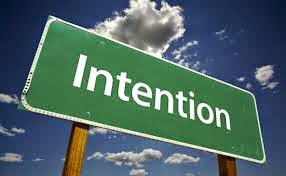 The first year was high energy; we did three vinyasa flow yoga classes a day, an evening of dance, trips to the waterfall and the Eye, relentless life coaching exercises, complete with coloured pens and fill-in sheets and discussions amongst friends about getting the support we needed to set the year in motion. We were high at the end – and exhausted! The only small nagging voice I heard was the one that reminded me that I’d been setting goals for a while, but was still single and not happy about it. Did the goal setting really work? Was I just lulling people into a false sense of security? Or was there something unseen that was standing in the way?

By the following year, I had met Mike, now my husband, and was fully convinced that coaching worked! I saw how taking time to establish clarity and focus could really help people set the course of their lives. However, for my own part, I was less sure about what that course was! I had started mindfulness training with Rob Nairn, and was focusing more on the present moment, rather than that delightful future I had always seen so clearly. The 2011 retreat included mindfulness practices and I noticed myself starting to slow things down, both in the retreat and my life. There were only two yoga classes a day on that weekend.

For the 2012 retreat, I had been inspired by the compassion work of Paul Gilbert. He writes about how we, as humans, are influenced by three systems: the Threat, the Drive and the Soothing systems. In order to experience a sense of well-being, these need to be in balance. And so I introduced compassion practices alongside the mindfulness ones. For the coaching activities, I invited participants to address, head-on, things that were threatening them, such as bureaucratic issues that took a great deal of energy to sort out. We once again looked at what goals were energising us, as part of the Drive system, and finally prioritised daily activities that could soothe us, and allow us to feel connected and content. There was less yoga, and it was much more gentle!

By 2013, the retreat was being influenced more by my interest in Buddhist teachings, and how our ultimate intention may still be happiness, yet from the understanding that true happiness arises when we are of service to others. I offered practices that tuned us in to the unconscious mind a little more, and also addressed our blocking habitual tendencies, rather than pretending that by the sheer force of our enthusiasm, we could manoeuvre our way around them. I was starting to see that experiences of sorrow did not mean that we were doing things wrong, but that times of sorrow were simply the nature of the human experience. In fact, when we plan our lives, we plan for happiness, yet when we look backwards, it is so often the times of difficulty that have developed our strength, deepened our resilience and clarified what we really want out of life.

And last year my PhD readings had started to weave their way into the retreat. The overlap of Western psychology with Buddhism formed the backbone of the weekend. I had developed a clearer understanding of how intentions seem to carry a different quality than goals. Goals can reinforce our old habit patterns of striving, judgment and actions based on duty and conditioning, which then paralyse our ability to create a life of balance and meaning. Intentions, conversely, allow us to stay open to the possibility that we may not know as much as we think. Our body, heart and head all carry different aspects of the mind, and together allow us to tap into a greater wisdom. There may be more to our lives than our current perception. The vast majority of resolutions or goals actually fail if we have not identified our underlying blocks, leaving us feeling more despondent about ourselves and our lives than if we had not set them in the first place!

So, what will 2015 bring? I invite you to come and find out… I will be holding retreats at the Waterfall Retreat Center in Hillcrest, at the Buddhist Retreat Centre in Ixopo, and at the Tara Rokpa Centre near Groot Marico. And if you miss one of the January ones, then I may also offer them for Tibetan New Year as well. I can also take individuals through the various processes in private consultations. The first two people to book will be free so that I can practice my new ideas out on you! Thereafter, please contact me for costs and availability.

The retreats will combine Buddhist practices with insights from Western psychology in order to bring understanding to the conscious and unconscious processes that seem to block our path to a life of balance and fulfilment. We will integrate the body, heart and mind in a gentle, unfolding planning process. We will reflect on what inspires and energises us, trusting that by tapping into our own talents, we can also bring joy to others. Through body-based practices of yoga and chi gung, we will bring awareness to the physical sensations associated with different emotions. Mindfulness practices will tune us in to both our supportive and sabotaging habit patterns, while compassion practices will provide us with skillful ways to accept ourselves just as we are, while allowing transformation to take place. Once we can see ourselves clearly, we learn to cultivate ways of bringing more joy and meaning into our daily lives, which in turn can be of benefit to others.

I look forward to meeting former participants of the retreats, and welcoming new arrivals to our intentions sangha.

Want to join the discussion?
Feel free to contribute!

Are you contemplating ‘mindfulness’? Living with Intention